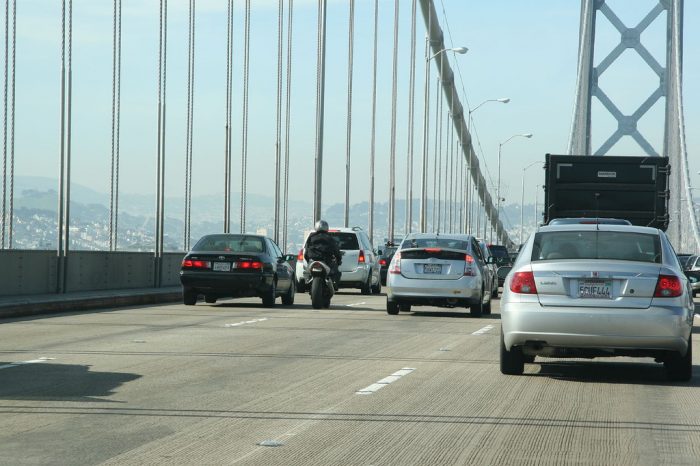 The MSF (Motorcycle Safety Foundation) and the AMA (American Motorcyclist Association) endorse lane splitting, given the long term success in California and the University of California study by Berkley researchers showing that it enhances motorcycle safety. “A motorcycle’s narrow width can allow it to pass between lanes of stopped or slow-moving cars on roadways where the lanes are wide enough to offer an adequate gap. This option can provide an escape route for motorcyclists who would otherwise be trapped or struck from behind. There is evidence (Hurt, 1981) that traveling between lanes of stopped or slow-moving cars (i.e., lane splitting) on multiple-lane roads (such as interstate highways) slightly reduces crash frequency compared with staying within the lane and moving with other traffic.” There has been recent enthusiasm for lane splitting and/or filtering in other states.